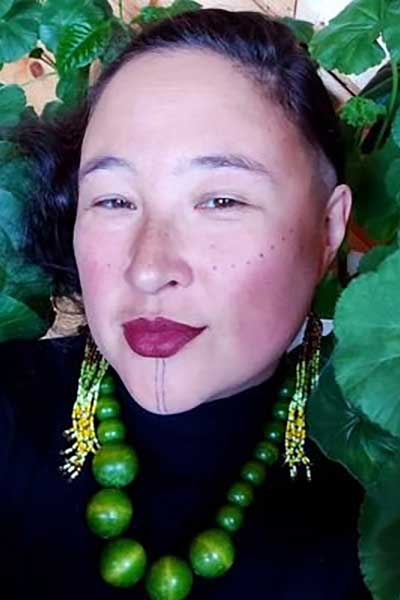 Laakkuluk Williamson Bathory is an established multi-disciplinary artist based in Iqaluit, NU whose practice centres on uaajeerneq (Greenlandic mask dance) and also includes acting, curating, drum-dancing, music and writing. Williamson Bathory is a founding member and Artistic Director of Qaggiavuut! Society, which launched a capital campaign for a Performing Arts Centre in Nunavut. In addition to her performances in theatre, dance and poetry, she appeared in Tanya Tagaq’s Retribution (2016) music video and has been published in an anthology of Canadian Poetry titled "Pith and Wry." Bathory contributed to the "Inuit Art Quarterly’s" Spring/Summer 2014 and Summer 2016 issues as a writer and has been written about in many publications.