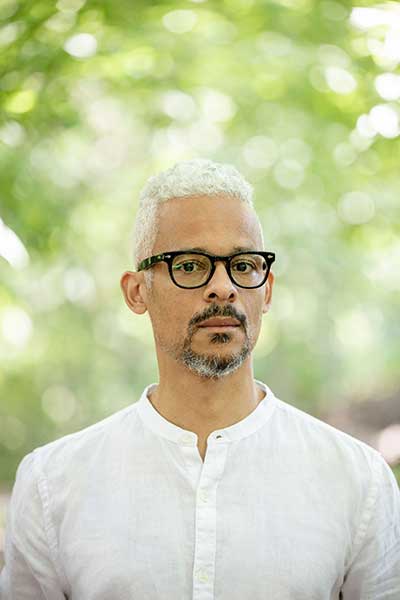 Kaie Kellough is a novelist, poet, and sound performer. His work emerges at a crossroads of social engagement and formal experiment. From western Canada, he lives in Montréal and has roots in Guyana, South America.

His books include Dominoes at the Crossroads (short fiction, Véhicule 2020), Magnetic Equator (poetry, McClelland and Stewart 2019), and Accordéon (novel, ARP 2016).

Kaie’s writing has been awarded the Griffin Poetry Prize and the QWF Hugh MacLennan Prize for Fiction.

Kaie’s work has traveled to the UK, Australia, Asia, the Caribbean, and continental Europe. He continues to craft new passages.