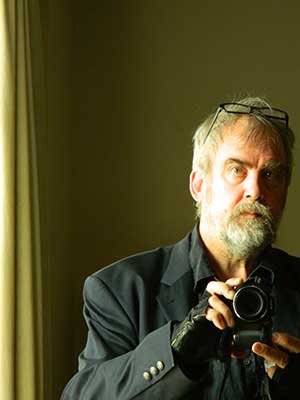 Ian Ferrier's is a poet, musician and performer of over 500 shows in Canada, the United States and Europe.  His most recent books of poetry are Bear Dreams (Popolo Press 2016) and Coming & Going (Popolo Press 2015). Quel est ce lieu (Noroît 2017) is the first translation of his selected poems into French. A Child Sees Winter Coming and a Bear Dreams (Wired on Words 2018) is his first book for children. He has also released two CDs and a CD/book.

Ian is the founder of the audio literature label Wired on Words, the monthly Words & Music Show (now in its 21st year), the online magazine LitLive.ca, and of Montreal’s annual Mile End Poets’ Festival. He collaborates with multiple musicians, and creates and presents voice and music works with the spoken word/dance company For Body and Light, which tours to New York and across Canada.

In 2008 Ian was awarded the Golden Beret, the League of Canadian Poets award for outstanding contributions to spoken word poetry.