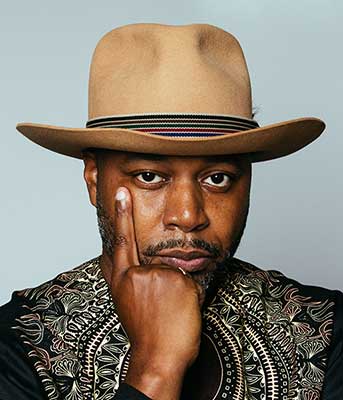 Dwayne Morgan is a two-time Canadian National Poetry Slam Champion. He began his career as a spoken word artist in 1993.  In 1994, he founded Up From The Roots entertainment, to promote the positive artistic contributions of African Canadian and urban influenced artists.

Morgan is a 2021 finalist for the Toronto Arts Foundation Margo Bindhart and Rita Davies Award for Cultural Leadership, the 2018 winner of the Sheri-D Wilson Golden Beret Award for Career Achievement in the Spoken Word, a 2016 finalist for the Premier’s Award for Excellence in the Arts, and in 2013, Morgan was inducted into the Scarborough Walk of Fame. Morgan has received both the African Canadian Achievement Award, and the Harry Jerome Award for Excellence in the Arts.

Dwayne has performed for the former President of the United States, Barack Obama, the former Governor General of Canada, Michaelle Jean, the late leader of the NDP, Jack Layton, and has shared the stage with many of Canada’s top artists including Russell Peters while opening for international artists Alicia Keys, and recording with Canadian artists, including Drake.